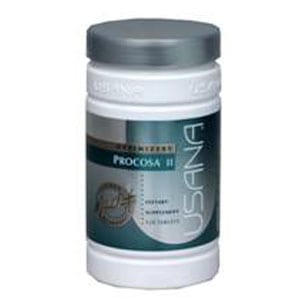 The folks behind Usana have created quite a stir, and have many people wondering if they’re a scam or not. They make health-related products and distribute them via multi-level marketing, which is usually recipe for disaster. But are their products worth the money, and is this something that you should get involved with as a business venture, or should you pass on both?

Overview
Usana is not the first company to sell health products with network marketing tactics, but they’re one of the biggest. They make millions of dollars per year, and have over 1000 employees working directly for them, which doesn’t include the affiliates which are considered independent contractors and not technically on their payroll. They trade publicly on the New York Stock Exchange as USNA. In May of 2011 for of their top brass jumped ship to go pursue a different business, which makes you wonder about the stability of the company.

The Claim
They don’t really make a lot of big claims about their products, but they do for their business opportunity. They say you can make money 6 different ways with them, not just from selling the products, but by creating a downline of affiliates below you. A lot of the other ways they list are all incentive based, and reserved for the top earners, so the likelihood that you’ll be taking part in them is very low.

The Hype
The hype comes from the efforts of all of the affiliates to promote their products online, making it hard to get accurate, unbiased information about not only the products Usana sells, but also the opportunity it presents. This makes it hard to analyze things, and creates a pseudo-buzz about the company and what it has to offer.

The Cost
Usana has a rather eclectic mix of products, and the prices can range from around $15 all the way up depending on what you’re after. The prices seem competitive for what they are, and they don’t seem exceedingly high, as you might expect them to be.

The Commitment
Using Usana products is easy enough, and doesn’t require a whole lot of commitment on your part, but selling them should be looked at as a real business and not just a hobby if you intend on making any real income with it. The thought of taking this up as a part-time or full-time job probably isn’t feasible, as it would take many months or even a year or more of dedicated effort to create enough consistency to rely on it as your primary income.

Evaluation
Usana is publicly traded now, and it was a rough summer in 2011. Their stock tanked but they’ve managed to turn the ship around and now it’s steadily climbing back to it’s opening level. It’s hard to predict what the future will hold for them, as statisticians say that it’s going to be hard for them to continually grow, as this would require recruiting more and more affiliates to sell their wares, and eventually the pool of potential affiliates will dry up.

The biggest question, as a consumer, is why go with products like these that have such a convoluted sales process? It seems rather cut and dry to buy what you need from a store, where the price is shown to you, and competing products are displayed side by side, and you can make a purchasing decision on your own, without someone pitching you on it. For a company to choose this method of distributing their product, you have to wonder what they’re afraid of, and why they don’t just use conventional and established selling techniques.

Is Usana a Scam?
The word scam is tossed around a lot these days, but it’s lost a lot of its true meaning. For Usana to be a scam they would have to be passing off a fraudulent product and laughing all the way to the bank. Or they would have to be duping people into believing that they’ll make a fortune selling Usana products, or by recruiting their own downline and profiting from the efforts of others. In regards to the effectiveness of their products, they’re just as effective or ineffective as anything else being sold on the market.

As far as misrepresenting the income opportunity of becoming an Usana affiliate, it’s pretty safe to say that they might mislead people a bit by overstating just how much you can make, or making it seem like there’s a strong chance for someone to even make a part-time or full-time income, even with lots of efforts and time spent promoting their business.

We’re not going to recommend using Usana products, or becoming an Usana affiliate. It seems like the time has passed to get in as an affiliate, and the people that will benefit most from your joining up will be whoever recruits you, and those that recruited your recruiter. As far as the product line goes, you can find the same or better quality goods from other, more direct methods without having to deal with multi-level marketers that would tell you anything just to move their product.

Our Recommendation
If you’re looking to make money with a multi-level marketing company, find one that has a product that people really want to buy, and one that doesn’t have such a checkered past as Usana. You’ll always have to overcome objections no matter what you sell, but you shouldn’t have to explain away the sort of claims that have been brought against Usana, namely that it’s a pyramid scheme.

What do you think? Does Usana work or not?

← Previous Do Raspberry Ketones Really Work?
⚅ back to blog
Next →Is PaySimple the Best Choice for Your Business?