Victory E-Cigs are a brand of electronic cigarettes that may have gotten their name from the novel 1984. The basic premise here is that you can either cut down on your smoking of real cigarettes, or even completely switch to e-cigarettes as a healthier alternative. Some former smokers have been able to make the switch as long as they find a brand of e-cigs that replicates the experience authentically enough, so let’s see how these size up.

Overview
E-cigarettes haven’t quite gotten to the point where they’ve got the big tobacco companies running scared, but they are definitely taking a bite out of some market share by offering an alternative to smoking that has some distinct advantages. These e-cigs don’t produce smoke, and therefore they don’t have ash and you don’t have to worry about getting rid of the cigarette butt. They produce a sort of vapor that contains nicotine but none of the other carcinogens that are found in tobacco cigarettes, or analog cigarettes as they’re being called.

The Claim
The makers of Victory E-Cigs say that their products look like real cigarettes, and feel like real cigarettes, but aren’t. They say that it’s a smokeless and tar-free way to replicate smoking, but without all of the additives and harmful effects of smoking the real things. Aside from a few basic claims they don’t really make any outlandish statements or build up your expectations too much as far as the product goes, or how amazing the experience will be.

The Hype
In order to build hype for their product they tried selling it through a Groupon deal which turned into a fiasco and definitely didn’t turn out the way they had planned. It’s hard to make a name for yourself in an industry with so many power players already in place, but in order to be successful you have to know how to introduce your product the right way and get people to want to try it without using tricks and promos that you can’t deliver on.

The Cost
Victory E-cigs seems to be all about promotional gimmicks. They tried a Groupon special and ended up disgruntling more people than they impressed, and now they’ve got it set up so that you get a “free” starter kit but are then enrolled to receive cartridges and be charged $30 a month until you tell them to stop. They’ve even got a $10 buyout fee that you can opt to pay if you want to by pass the 30 day notice that’s required. This is absolutely unacceptable, since they force you into the monthly shipments in the first place.

The Commitment
In order to make this e-cig work out for you you’d have to smoke it on a regular basis so that your refill cartridges don’t start piling up. Remember that they’re going to be sending you 15 new cartomizers on most plans that you go with so be ready to smoke up as they equate this to a 2 pack a day habit. Most other competitors don’t automatically ship you refills and let you reorder as you choose, opting for different flavors, different quantities, and different nicotine levels each time you place a new order. You know, the right way to sell a product.

Evaluation
It’s hard to look past the bullying ordering process and actually evaluate the Victory E-Cigs smoking experience, since it would have to be absolutely mind-blowing in order to feel OK with being sent automatic shipments. Most reviews on how well they smoke give it a middle of the road rating, which makes it hard to suggest going with these over several other better options. Since most other brands offer a guarantee, it’s always a good idea to try a few of them out first hand, and then return the ones that don’t measure up to your expectations. With this they’re assuming you’ll like it enough to stay on, which seems to be a faulty assumption.

It’s definitely a buyer’s market, with most companies offering essentially the same product so the onus is on them to make it worth your while to try out what they’re offering. In our opinion it’s better to pay for a quality product up front and then return it using a money back guarantee rather than get embedded into a “membership” program without trying something out first. If you’d rather pay less up front and then deal with a hassle later, that can work out too, just be sure to stay on top of it.

Victory E-Cigs no doubt provide a smoking experience, but whether it’s superior to other e-cigs that you can buy is another matter. We’re giving the thumbs down on trying them out because as the consumer you’re spoiled for choice and should go with a brand that is better established and has a better track record of customer service and positive feedback. There’s no room for error in this regard, and there are just too many red flags and a wake of upset customers, so best to avoid the train wreck altogether.

Our Recommendation
In a competitive marketplace it seems that Victory is going to be one of the brands of e-cigs that doesn’t make it. There are just too many better options to go with, and they don’t bring a pressing reason to the table as to why you should go with theirs over others. Proof of this is in their desperate-seeming ways to get you to try it, either buy offering it as a promo, or giving it away with the catch being that you’re auto-shipped cartridges. We suggest going with an upfront purchase of either Blu Cigs or Green Smoke and using their guarantee if you’re not satisfied.

What do you think? Do Victory E-Cigs work or not? 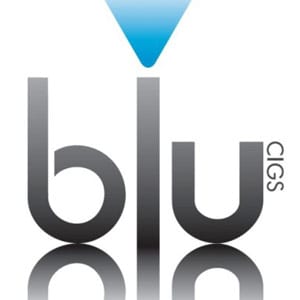