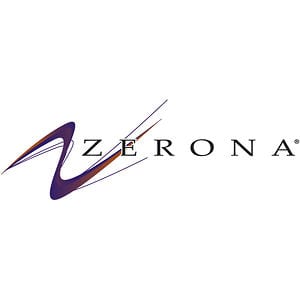 You might have seen the Zerona laser treatment being talked about on daytime health shows Dr. Oz and The Drs. This is a laser procedure that is designed to melt the fat out of specific parts of your body, but is totally non-invasive. Many people would immediately wonder if this could actually work, and if so how reliable it is and does it cost an arm and a leg.

Overview
Most of us would gladly pursue a fat loss option that caused no pain and promised to take away inches from the midsection or other area that’s hard to get rid of fat from, like the thighs or the hips. Problem areas get their name because it seems like fat just seems to stick there and not let go. These are often the places where fat grows first and is the last to leave when you diet and exercise. It’s also the areas that make you frown when you look in the mirror, so there is a sense of urgency and importance placed on getting them slimmed down.

The Claim
Zerona claims that their procedure is non-invasive, pain-free, and effective. They also say that it is scientifically backed, and they point to several published articles on the use of low-level laser-assisted liposuction as proof that their methods are safe and sound. It can be hard putting your body in the hands of something that most people don’t even know about, and it seems their biggest efforts are spent trying to convince people that it’s not only effective, but safe.

The Hype
Any fat loss and weight loss product encounters its share of hype, but it’s a smart idea to look past it and keep a level head throughout. It’s easy to get caught up in the idea that you could have a few of these procedures performed and be inches slimmer. But you have to weigh that against the cost, and you have to make sure that you’ll be able to stick to a lifestyle that keeps the weight off, or you’ll be like Sisyphus, pushing the rock up the hill only to have it roll back down.

There’s also been hype for this because it was on both the Dr. Oz show as well as The Drs. Most of us are realizing that these shows have a financial interest in the products they’re recommending, and are basically in it for the money, but that doesn’t stop the hype machine from making people think they’ve been credibly endorsed.

The Cost
You can expect to pay around $3000 for a Zerona program. The cost varies depending on where you’re located and how much fat you want to lose. Also, the entire balance is not due up front, and you can pay by the session at many places. This will include multiple sessions over a given time period. It’s not something that’s covered by insurance because it’s deemed to be an elected procedure and so it comes out of pocket. This is the one big hurdle that stops most people from trying it out.

The Commitment
This is where they make their strongest case. Aside from showing up for the appointments, there’s nothing that you have to do, or even deal with, when getting this done. They say that during the procedure you can simply relax and listen to music, or just not do anything. They say that there’s no pain involved whatsoever, and that there’s no down time so you can continue on with your day like normal and don’t have to budget any extra time due to feeling not yourself.

Evaluation
There’s not much to fault Zerona on, as they make a pretty strong case for themselves, and it’s really just a matter of coming to terms with the price. Giving it a try and seeing how it feels, and seeing if you have any visible results after a few weeks seems like a way to get a good idea of whether it’s working up to your standards.

There’s one point that we agree with them on, and that’s who their target patient would be. They say there are basically two types, one is a person that is already following a healthy lifestyle but is having trouble losing the last bit of stubborn fat. The other is someone that is ready to embark on a healthier lifestyle and wants to use Zerona as a catalyst to help spark better habits and put some money behind it.

Zerona may be expensive, but when compared to other procedures like liposuction it’s hands down the winner, and isn’t much more expensive than those methods. If you’ve dieted and exercised before and gotten demotivated because you weren’t able to see results fast enough, this might provide the way to get the results quickly and then maintain them with a new way of eating and being more active.

Our Recommendation
If you’ve been considering lipo or some other cosmetic procedure to help you lose fat, you might want to consider this instead, because it solves a lot of inherent problems that come with invasive medical procedures. Of course, you can also lose as much as you can with a proper diet and exercise and then use this to help you get rid of that last layer of fat that seems impervious to all of your sit ups, jogging, and veggie eating.

What do you think? Does Zerona Laser Treatment work or not?

← Previous Does Forever Comfy Really Work?
⚅ back to blog
Next →Does J.G. Wentworth Really Work?