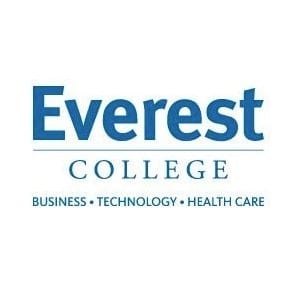 You’ve no doubt seen the in-your-face ads for Everest College asking you what you’re doing sitting on the couch. If you’ve been contemplating a new career, these promos might have convinced you to give them a more in-depth look, which we’re providing for you here.

The Hype
Most of the hype surrounding this school is due to the large number of ads that they run on daytime television. They are apparently trying to reach the demographic of people that are at home during the day and watching soap operas, game shows, or talk shows. One of the most popular shows that they run their ads on is the Maury Povich show. The ads feature actors speaking directly into the camera and asking probing questions like “What are you still doing sitting there on the couch?”. They’re so ubiquitous that they’ve even earned parodies on YouTube.

The Cost
The costs vary depending on many factors, including which degree you get, which campus you attend, and what kind of financial aid you can get in the form of grants. We ran a scenario through their price calculator for a Medical Assistant degree, and they came back with a figure of $19,000 which only included tuition, books, and other fees paid to the school. The grand total they came up with which included room and board estimates was $30,187.

So we looked at another degree, a Massage Therapy degree, keeping all other factors the same. That came out to $18,000 paid to the school and a grand total of $26,772. So it looks like you’re looking at the high teens paid to the school, and the upper twenties to low thirties overall to get your degree. Comparing this to a traditional four year education it’s far less expensive than most big schools, but it’s not really an apples to apples comparison as far as the degree goes. It would be more appropriate to compare it to community colleges in your area.

The Commitment
Some people think that if they attend an online college or a trade school that they won’t have to study as much, or they can just do enough to get by and get the degree. But quite the opposite is true if you want to make it a successful experience. With a college like this you’re going to be learning skills and information that are very specific to the job you’ll be doing once you get your degree, so you’d have to take it just as seriously as going to a traditional university, if not more.

Evaluation
When it comes to Everest College and their ability to help you start a new career or better yourself, you have to be very clear about what you want, and you need to do your research to find out if your chances will be good at finding a job when you graduate. Each career has it’s own outlook as far as available jobs go. You can also inquire at your local businesses that are employing people in the field you’re thinking of going into, and ask if they look highly upon a degree from Everest.

The controversies that plagued the school a few years back have mostly blown over, but it does leave an indelible mark on their reputation, and you have to determine for yourself if you want to attend a college that needed to over-inflate the importance of their degree, or mislead students into thinking their credits would transfer. Some issues you’ll also want to consider is whether you could get a better or similar quality education at a lower price from a local community college.

Most people are now aware that a degree from Everest College is not looked at the same way that a four year degree from a University is. They’re also aware that the credits you earn with them are unlikely to transfer to a four year college if you decide to continue your education. With that being said, the quality of the education you’ll receive has been compared to the kind you’d receive at a community college. In these sort of jobs you’re judged more upon how well you can complete the tasks presented to you, and not so much which school you attended.

Our Recommendation
If you’re 100% sure of the field you want to go into, and you’ve done your due diligence and found out that a degree from Everest is acceptable or even preferred, it could be a useful tool for you to better yourself, and it might even turn out to be a financial bargain compared to the cost of going to a traditional school. Just like with anything in life, if you excel in your field and show that you’re competent, you’ll have no trouble impressing potential employers and landing the job.

What do you think? Does Everest College work or not?

← Previous Does the Wraptastic Really Work?
⚅ back to blog
Next →Kindle vs. Nook: Which Works Better?

Customer Review on “Does Getting a Degree from Everest College Really Work?”