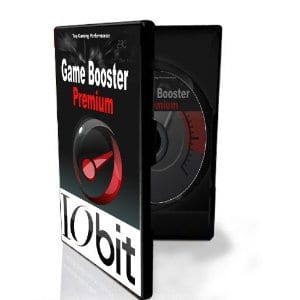 Game Booster is a way to increase your computer’s performance so that you can play computer games more smoothly and with less hiccups in the gameplay. It is supposed to make your PC run faster, and process the games with less lag time. If you are a serious gamer that is in need of a computer upgrade, you might be able to delay the purchase by running this software. But does it actually do what it says it does?

Overview
If your favorite computer games are weighing down your computer to the point of causing it to crash or producing lags that detract from your gameplay, you’ve probably had the idea of buying a new computer or at least upgrading the necessary equipment. But a better idea would be to try to optimize your current system so that you can play your game on it without any trouble. Not only will this save you the outlay of getting a new computer or adding more storage, but it would also save you the time of having to set everything up on the new computer before you can play.

The Claim
Game Booster says that you can increase the performance of a game with just one click. They say that it will close all the other processes going on in the background so that your computer is only dealing with running your game and not a bunch of other unnecessary services. They say that they can also block out other programs from your desktop so that the only thing you see is your gaming window, cutting out distractions and increasing your enjoyment.

The Hype
When you’re talking about some of today’s top games, they are often resource-intensive. The graphics involved in them, or the way that they connect with players all across the world makes it so a lot of strain is placed on your computer. They often require certain amounts of RAM and disk space in order to function properly, and a lot of them require a graphics card in order to render things the right way. The hype comes from the desire to play these games so badly that you’ll do just about anything to enhance the experience.

The Cost
Game Booster is free, and isn’t a trial or any time-limited evaluation version. It is most likely a gateway to the other software that is produced by IObit, and they figure if you are satisfied with the way it works you will be more likely to try out some of their other software to further clean up your computer. They have products that range from $20 to $30 that are designed to improve your computer’s performance and block it from malicious attacks.

The Commitment
All that is required on your part is to download the software, and run it so it can do its thing. It should live up to its claim of being a one-click solution and should run in the background after you got it installed, making sure that everything is running at its peak performance. This really should be a set and forget technology, since if you have to tinker with it a lot it sort of defeats the purpose of installing something like this in the first place.

Evaluation
The theory behind Game Booster is a solid one, as most computers are not set up to handle gaming right out of the box. Also, over time your computer picks up tons of software and other programs that run in the background, and most of the time you don’t even realize it’s happening. That means if your computer is even a year old or older you might have dozens or hundreds of processes running in the background slowing things down. When you decide to start playing a computer game, now the performance is affected by all of these hidden programs.

Depending on how much your game cost you, you may or may not be willing to spend the money on the upgrades needed to run it properly on your machine. If it’s a free game then you might not see the point in paying money in order to accommodate it. But if you paid for it, or are paying monthly for it, you would be more open to the idea of upgrading your unit so it displays and plays the way it is meant to.

Game Booster is free to use, and definitely worth the download if you are running a resource intensive computer game. Depending on what exactly is causing the problems, you should be able to see some sort of improvement in your gameplay. However, if it is a hardware issue, i.e. if you just don’t have the system requirements necessary for the game, this might not be a total solution, but might be able to hold you over until you’re able to fix those underlying problems.

Our Recommendation
Before going out and buying a new computer, or buying an upgraded graphics card or an external hard drive for the extra storage needed, you will definitely want to try this out to see if it fixes the problems. If it doesn’t work out for you, no harm no foul because it doesn’t cost anything to give it a try, other than your time. If after running this software you find that your game still lags, you will have to troubleshoot it from there to find out which part of your computer needs to be upgraded, or if you need an entire overhaul.

What do you think? Does Game Booster work or not?