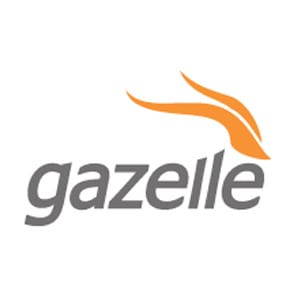 Gazelle.com says they want your old iPhone, cell phone, smart phone, broken phone, Macbook, or Mac, and will pay you top dollar for it. They show people in their ads that are surprised at how much they got, and the overall feeling is that you’ll get a good offer for your unwanted gadgets, and be able to speed the process along instead of fooling around with places like eBay and craigslist. But how much do you really get for your items, and how easy is the overall process?

Overview
Always needing to have the latest and greatest can really start to add up, especially with the rate they’re putting these new toys out. One of the biggest movers of high-end merchandise is Apple, putting out a tight product line but then updating those items each year or even more frequently than that. If you can cut into these costs by getting a good price for your current model, then it can help feed your addiction to the brand new.

The Claim
The big draw to Gazelle.com, according to them, is that you’ll get a fair offer for your electronic devices without having to go through the hassle of listing them on a site like craigslist to try to find a potential buyer.

The Hype
They have a rather extensive television ad campaign that is geared at getting you to their site and seeing what offer you’ll get. They know that if enough people get to the point of seeing how much they can get for their phone that a certain percentage will take them up on the offer, even if they weren’t planning on getting rid of their phone this soon. But they figure if they show people that they can get a good price for their phone it might push them to go out and get that newly released phone they’ve been craving.

The Cost
Gazelle.com doesn’t cost anything to use, they pay for shipping so you simply send in your items and they send you the payment for them. There is an opportunity cost in that you are typically not going to get as much as you would if you sold it to a buyer directly. The price you’ll get is somewhere in between what a pawn shop would get you and what you’d get by selling direct. So it’s not an out of pocket expense, and depending on how much you value your time it’s a good deal all around and everybody wins.

Depreciation Matters
Just like a new car depreciates in value the minute you drive it off the lot, you can’t use your initial purchase price as a reliable indicator of how much your items are worth. As soon as you get it out of the box and start smudging it up, scratching it up, dropping it, getting it wet, and so on, you’re not going to get as much as you paid for it. The other considerations it that as each new generation of that same product comes out, the demand for your model will lessen. Given enough time it becomes obsolete, and nobody wants it and you’ll have trouble finding a buyer, or getting a good price.

Evaluation
It’s hard to argue that Gazelle.com doesn’t have its ducks in a row. The site is really easy to navigate and in just a few clicks you’ve got a pretty solid idea on what sort of offer you can expect. They have you drill down to your model, generation, and ask you what sort of condition it’s in. They then show you what you can expect for it, and have you fill out the necessary information to move the process along. Once you send your item in they inspect it and give you their final offer. They pay by check, with an Amazon gift card, or through PayPal.

What’s Their Angle?
They’ve got to find a way to make money off of your old items, and they’ve established avenues so that they can resell them at a price higher than what they pay you. For them it’s the classic buy low sell high business model, so you’re not going to get as much as if you try to sell it yourself. In order to do that you’d want to start an auction on eBay or list it on craigslist to find someone interested in it at a higher price.

We’re determined that the negative reviews of Gazelle.com are due to people overestimating how much their items are worth, and thinking that they’re going to get a retail price from this service. They are really offering less hassle and a savings of your time by offering to buy your items at a lower price. This is a good site to go with if you want to circumvent the listing, the waiting, and the uncertainty of selling it on places like eBay or craigslist.

Our Recommendation
You don’t have to accept the offer they give you, which is why it’s odd that people would put up a negative review, other than being disgruntled that they didn’t get the same price that they were initially offered. This would occur for lots of reasons, but the primary one is that the item was not in the condition that was claimed during the first part of the process. As long as you fairly evaluate your product you shouldn’t have any problems get that price or near to it after they inspect it. It’s definitely worth trying out if you don’t want to bother with your other options.

What do you think? Does Gazelle.com work or not?

← Previous Does a Cafe Cup Really Work?
⚅ back to blog
Next →Does the Litter Genie Really Work?