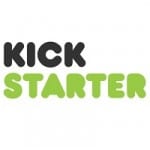 If you’ve checked out the Kickstarter website you’ve probably had one of two thoughts. Either you wondered if you could use it to generate cash for a creative project you’ve always wanted to start, or you pondered whether anything would come from funding an interesting project you found. Either way it’s a great question to ask, and many people wonder if Kickstarter really works.

Overview
The basic premise is that there are hundreds of starving artists out there, and even everyday people that have had an idea for something creative, but have yet to act on it. By pairing these people with others that have some money to throw at the project, the thought is that these new creations can start coming to life, and the world will be a better place because of it.

The Claim
In a refreshing twist Kickstarter doesn’t make any outlandish claims as to what you can expect by either starting or funding a project. In fact they seem to err on the side of caution in this regard and have it set up so that if a project doesn’t get fully funded within a specific amount of time, it expires and no money changes hands. These seems like a safe and almost skeptical approach to the matter, but insures that no money or artists sit around waiting.

The Hype
There’s not so much hype as there is buzz in the artistic and entertainment industries. For years before the Internet came around there wasn’t really a way to micro-finance your creative projects, so in many instances they just got left undone. Now that Kickstarter has come along there’s no reason not to put your project on there in the hope that someone else might vibe with what you were thinking and want to give you money to do it.

The Cost
As an artist there’s no cost to get started, and if your project gets funded you might actually have the money you’ve needed to get your passion off the ground. As a project financier, you get to decide how much money you put toward a specific project and many different projects you want to put money towards.

Kickstarter takes 5% of the total project, which is relatively low. There’s also Amazon processing fees involved. Since most of the money is going to the project creator, and some form of site needs to be there in order to connect the creator with the money, this seems rather reasonable. It seems more reasonable than say, a site like Fiverr that has been wildly successful at collecting a hefty 20% fee for connecting buyer and seller.

The Commitment
The commitment for an artist is that if your project gets funded you actually have to follow through with what you promised. Now you’re accountable to a paying audience that wants desperately to see a finished product. No more just talking about doing what you’ve always wanted, but really getting nowhere.

As a contributor your commitment is a financial one, but other than that you’re done. You aren’t expected to help out physically with the project, but you can check in from time to time to see how things are going.

Evaluation
There’s no reason not to get involved with Kickstarter if you’re a creative type that’s short on cash. If you’ve got plenty of money laying around there’s no reason not to fund a project of interest and see what happens. It’s specifically not meant to be an investment so you shouldn’t expect a return, just warm-fuzzies knowing that you helped someone with a creative dream, and also benefiting from seeing that piece of creativity realized in the physical world.

Kickstarter is rife with many examples of creative works getting their start from the website. There’s no reason to believe that it doesn’t work. Some people might try it and find that their project doesn’t get funded, but that is no fault of the site, it just means that there weren’t enough people with money that thought the project was worthwhile.

Our Recommendation
Get involved! If you’ve got a creative project see if others like it and want to pay you to do it. If you like seeing things get made that don’t currently exist, throw $20 at it and see what happens. The worst is you’ve lost some time and/or money and the best is you get to see something new that you helped create.

What Do You Think? Does Kickstarter Really Work?