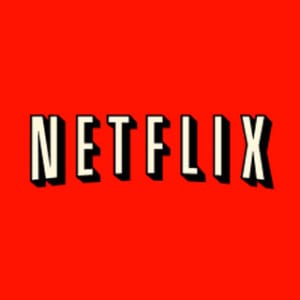 If you’ve been thinking of trying Netflix but didn’t know if it really works the way they say, you’re probably thinking there’s some catch or some reason not to try it. Right from their earliest days they’ve been able to deliver on their promise, and they’ve taken steps to get better, shortening the shipping time on the DVDs and then moving to a streaming service so you can start watching instantly. But what are people saying about how their service works now, and is it worth getting involved in?

Overview
Netflix started out by sending DVDs in the mail and completely flipped the movie rental business on its head by saying that there were no more late fees. This was a stark contrast to being able to only rent a movie for a few days, and then paying a hefty fee if you missed the midnight deadline. Users didn’t mind waiting for the movies to come in the mail, and they used prepaid envelopes so there wasn’t any additional cost for shipping back and forth.

The Claim
Netflix claims that you can stream and unlimited number of movies and TV shows instantly to your computer, or to your TV if you have a gaming system hooked up to it like a Wii, Xbox 360, or PS3. They say that one monthly fee covers all of it, and there are no extra charges for heavy users. They also claim to be able to send you the new releases on DVD through the mail, a throwback to their original service that put them on the map.

The Hype
Netflix has almost single-handedly decimated the brick and mortar movie rental industry, and there are tons of people that can’t go without it. They’ve become a staple of our society and most people have either tried it or know about it and how it works. It’s basically a household name, and reports have shown that nearly 75% of all data that is transferred online is people streaming movies and TV shows from Netflix. They’re huge and they don’t really have a competitor to speak of at this point.

The Cost
There are a few different ways you can subscribe to Netflix. You can opt for streaming only for $8 a month, and this gets you access to their library of movies and TV shows and let’s you stream an unlimited amount of them each month. This doesn’t include the latest releases, but they do still offer their classic service for an extra fee and you can rent the newer movies that way, buy having them mailed to you and mailing them back.

The Commitment
You’re never under any obligation to stay on with the service, and canceling is really easy. Aside from that you just need to get it all connected to your gaming system if you want to watch on your TV. If you’ll be using your computer it’s super easy, and you don’t have to do anything other than hit the play button. It will probably buffer for a little bit if you’re using WiFi, but if you’ve got your computer or gaming system hooked right to a cable modem it should stream almost instantly.

Evaluation
Most people that try Netflix really enjoy it. Depending on how much you watch TV or how many movies you watch per week, it’s going to make more sense to you. Also, if you’re keen on catching up with some of the classics, or recent classics, this is almost a no brainer. It’s like having a database of all of the older movies, but there are also some more recent ones that you might have missed at the box office. Probably the area it shines best in is TV shows, since you can watch them on your own terms and you don’t have to buy expensive DVD seasons that take up space.

How Do They Do It?
You might wonder how Netflix is able to make a profit if everyone is able to watch as much as they want for a rather low monthly fee. They’ve obviously set up deals with the different movie studios to allow them to store and deliver the movies and shows that are requested. Whether they bought the rights to distribute it, or have to pay a nominal royalty fee every time a movie is streamed is hard to determine, but they’re definitely making a profit, so it’s best not to worry about it.

Netflix is getting our Thumbs Up review. They’ve got it set up so that you can basically get it and forget about it. And that’s what most people do. At $8 a month it’s really easy to get your money’s worth, since you’d only have to watch a few movies a month to make it worth your while. They’ve got a free trial to get you started so you can see what it’s like and decide whether it’s something you want to have going forward. It’s really easy to cancel before you get charged, and you can do it online without having to call or email customer service.

Our Recommendation
If you’ve got a favorite TV show that you want to catch up on, this is a great way to do it. They’ve got full seasons of many popular shows that you can watch from the pilot right up until the season that’s currently being aired, or the entire series if it’s finished.

What do you think? Does Netflix work or not?

← Previous Does the Therapik Really Work?
⚅ back to blog
Next →Does Wartrol Work?