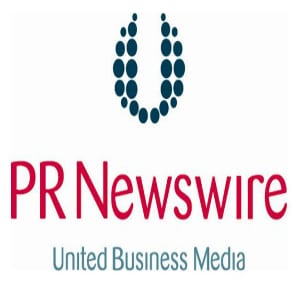 PR Newswire claims that the network they deliver your message to is by far the biggest out there. When you’re talking about getting your message out to as many people as possible, that’s really all you’re concerned about: how many eyeballs it gets in front of. But there are other factors to consider, such as how they interpret your message, and whether they read and follow up on your calls to action.

Overview
Press releases are nothing new and have been around since the olden days when newspapers were first getting their start. They have long been used by businesses and other news makers to give journalists a spoon-fed idea of what to report on. It’s pretty much the news coming to the journalist rather than the other way around. These days much of it is done online, and there are several online press release distribution services that say they can cast with a wide net.

The Claim
PR Newswire says that it is basically your one-stop source for not only distributing your message, but managing your campaigns, keeping tabs on your social media, engaging the right people, and targeting specific groups that you think would have an interest in what you have to say.

They also claim that you can track and organize your social media marketing efforts, which is good if you haven’t been doing so up until now. Social marketing can be great, but only if you know what sort of effect your efforts are having. If you aren’t measuring things, you have no way of knowing what is working and what is not.

They also point out that you can spice up your press releases with different forms of media, including videos and pictures. This would set your release apart from others that don’t have these sort of added features, and it should lead to more people engaging with your release and remembering what your message said.

As a member they say that you will have the right to send out news to their network. If you’re not a member you can still send releases out, but it will be to their online-only network and not the full one. They claim to have a 100 step validation process that each press release goes through before being sent to their feed. This would mean that only good releases get through, and therefore people are more likely to pay attention to this feed, than to others that let basically anything through.

The Cost
Membership in PR Newswire is $195 for one year. The online press kit that comes with it makes it worth it, not to mention all of the other standard features like being able to send out releases to their entire network.

The Commitment
You’ll need to craft your message well in order for it to be effective, because this is a service that gets the message out there for you and doesn’t necessarily create it for you. It’s really a two-part process: coming up with the perfect words, and then having those words get seen by the right people that will help spread the message to everyone else.

Evaluation
PR Newswire provides a solid user experience and is a good value for the dollar. When you compare it to other services, you will soon see that they take great pains in keeping the integrity of their network intact. They filter out a lot of the rubbish and non-news that makes it into other press release news feeds. If your release makes it through the checking process you can be sure that it will not be sandwiched between ads for Viagra and other non-newsworthy content. Your release will be surrounded by other professionally written, newsworthy attention-getters.

PR Newswire is getting our nod of approval as a definite Try. Also consider going with PR Web, as they are the other big name. The sort of response you get from it will largely be up to you and how savvy you are at writing a release or having one written for you. If your piece is well-written, delivering your message as news and not as a shameful plug, it has a high chance of getting picked up by some major networks and you never know where things could lead.

A good campaign can get you tons of business and many tens of thousands of dollars worth of free advertising in the form of news stories and interviews on TV and the radio. If you were to try and buy that airtime you would be shocked by the costs. This lets you avoid those costs, and also have more credibility because you are the news and not just what comes on in between the news.

Our Recommendation
This is a solid service, even at the free level. But if you want to take things to the next level you’ll definitely get enough value to make it worth it. Testing out a few free releases is good to get a feel for how their process works. Then when you really want your message to get out there, you can send it through their entire network and see what sort of results you get.

What do you think? Does PR Newswire work or not?

← Previous Does Lashes to Die For Platinum Really Work?
⚅ back to blog
Next →Is VPI Pet Insurance Really Work?