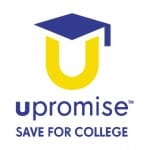 College costs can be a bear no matter how prepared you are, and uPromise was established to help you get it under control. But is it effective in helping with the costs that come with going to university, or will you be left high and dry by the time your kid’s first tuition payment comes due?

Overview
Cashback programs are nothing new, but uPromise is perhaps the best known when it comes to one that is focused on college savings. When they started out back in 2001 it was probably a well-intentioned and well-meaning program that earnestly tried to help its members put a dent on rising college tuition costs.

But once they were acquired by Sallie Mae back in 2006 there’s no real reason to think that it is a magnanimous effort. In reality, the data that is being collected while you rack up the meager savings is worth far more to them than what they are paying out.

The Claim
The biggest claim is that you can help pay for college by getting cashback rewards with the uPromise program. They claim to have given out over $600M to members of the program since its inception. While this may seem like a staggering amount you have to keep in mind that this is over a ten year time, and most likely is distributed over millions of members.

What’s more, this amount is a literal drop in the bucket compared to the billions of dollars that has changed hands in that same time period.

The Hype
uPromise says that they give you cash back for things you spend on every day, but then they promote online shopping, traveling, and getting a credit card. These are typically not everyday purchases, and they shouldn’t advocate the idea of regularly using your credit card to make a purchase just to get a lousy 1% back.

While they also mention grocery shopping they only have it set up so that you can get $40 a month in coupons. This means you’ll have to buy what the coupon is for, and not necessarily what you would normally get for your family.

You shouldn’t need a sales pitch in order to think about saving for college.

The Cost
There’s no specific cost involved in using uPromise, in fact you are actually supposed to be accumulating a savings account as you spend on things you’re bound to buy anyway.

The Commitment
While you do have to be committed if you plan on paying for your kid’s college, you don’t have to really commit yourself to using uPromise. The system is designed to give you free cash in the form of credits to your account when you buy things at affiliated companies.

Evaluation
Since Sallie Mae is one of the largest student loan providers in the United States, the program is at least backed by something that isn’t going anywhere any time soon. At the same time it does create a feeling that there may be some conflict of interest going on.

Why would a company that makes its money from issuing student loans want to lessen the need for people to take them out? It doesn’t add up, so this is the first clue that uPromise is not out to save you money, or to have you fully prepared for college when the time arises.

Also, 18 years is a long time, and if you start early it’s not a huge burden to pay for college costs, including tuition. You can likely get a better return on your savings than by putting them into a uPromise account, if you get started on it and it has enough time for interest to work its magic.

uPromise is a good idea in general, but should never be thought of as the end all to college savings. It can supplement your overall strategy, and keep it on your mind while you go about your daily business, but in the grand scheme of things you’ll probably only end up accumulating enough to cover books for a semester. Not that this wouldn’t be helpful, but you’ll be sorely under-prepared if you don’t have a well-developed plan.

Our Recommendation
It’s dangerous to link saving to spending. If you need to spend money in order to save it, this can lead to addictive practices and have you spending money even if you don’t need to, or rationalizing purchases because a small percentage is going to the college savings account.

It’s better to just use a little willpower and diligence and designate a portion of your monthly income to a college savings account. You can by all means use uPromise in addition to your own strategy, but you should not rely on it alone to pay your child’s tuition.

What do you think? Does uPromise work or not?