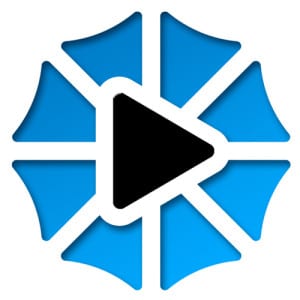 Virool says that it’s trusted by the biggest brands to get their YouTube video more views in an attempt to get them to go viral. Perhaps you’re familiar with other view-getting services out there, or maybe you are new to the game and just want to know if this is worth the money.

Overview
It’s possible to have a video go viral with just a bit of luck and not spending a dime. But sometimes it makes sense to give a video a little nudge to get things going. The point of having a viral video is so that you can get millions if not tens of millions of people seeing your message and passing it along to friends. The point is that it shouldn’t cost you much, and should drive tons of free traffic where you want it to go.

The Claim
Virool claims that you can set up and run campaigns for specific videos that should increase the number of views it gets, and potentially get it to turn viral. Of course no company can guarantee that your video will go viral, as by definition this would occur organically. But even to have a chance at virality you’ll need to be in the arena, and to get there your video is going to need some initial views to create a buzz. It will need ratings, comments, and basically proof that it is already somewhat popular for it to have a chance at the big leagues.

The Hype
They say they’ve helped some of the biggest corporate brands out there get their videos seen by more people. These include GM, Pepsi, and Sony, as well as some smaller companies like Ben and Jerry’s ice cream and Qdoba restaurants. But this doesn’t mean that just because Fortune 500 companies have used this it will work for a small business or even a solo entrepreneur. These companies spend millions of dollars each year on advertising, and it isn’t disclosed what size of campaign they ran, or how much it cost them. It could just be that they tossed some money at it to see how it works.

The Cost
They say that you can start as Virool campaign for as little as $10, but of course it’s all going to depend on how many views you’re after, and what the tipping point is for getting it to start increasing its views on its own due to word-of-mouth. The more of a push your video needs, the more it will run you, but the Promised Land is that place where you start getting massive views and hopefully some money without the cash outlay.

The Commitment
The point of using a service like this is that it should reduce the number of things that you yourself would have to do manually. If you’re used to doing a lot of self promotion and marketing in order to increase your video views, you’ll likely find that you’ll have to do far less when using a paid service like this. This is because it’s putting your video in front of more eyeballs so you don’t have to use tactics to get people to watch them.

Evaluation
The concept of video advertising is nothing new, but Virool seems to be doing a good job of simplifying the process, while making it more effective and increasing the likelihood that people are actually going to stick around and watch what you’re presenting to them. If you’ve tried video advertising before and were disappointed that only the first 5 seconds was being watched, or were suspicious that the views were being artificially inflated with robots or software, this would be a service to try because they seem to have addressed those issues and you’re only getting quality views.

When it comes to increasing your YouTube video views, there are only so many ways to go about it. You can use black hat techniques like software programs that will make your view count increase, or you can set up multiple accounts and try to give your video the thumbs up again and again, but these often lead to banned accounts and deleted videos. You can try doing all of the promotion on your own, letting the right groups know about your video and hope that they’ll watch it and pass it on. This is a high-effort way to go about it, but can still work and has less chance of having your account deleted.

What Virool does it provides a legit way for you to pretty much take it easy and watch how your video performs in the real world. With a little amount of money you can test out a video and see whether it’s worth putting more time and energy into promoting it, or see if it’s worth putting more money behind it to scale up the results.

Our Recommendation
Nothing is worse than putting a lot of energy and effort into something that doesn’t work out, and in the case of video marketing you can end up putting all of your eggs in one basket and then having that basket crumble. Since it can be exhausting trying to get multiple videos to pop, we suggest running a mini-campaign with Virool or a similar service first, to see what sort of response it gets from actual viewers, and if the signals are there that it’s working, devote more resources to it so you can push it over the viral edge and let it work its magic from there.

What do you think? Does Virool work or not?