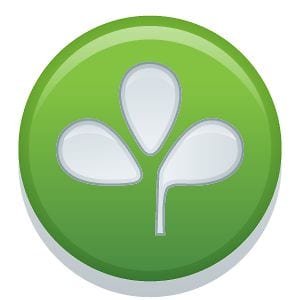 There are several products out there like Zija that offer both a product and a business opportunity. Zija seems to be focusing more on the business opportunity, since you can’t buy the product directly from their website without the code for the person that referred you there. Although most wouldn’t consider this a red flag, we do, so read on to find out more.

They say that their SmartDrink helps support normal blood glucose levels, aids in digestion, is good for the immune system, has anti-aging benefits, provides heightened mental clarity, circulation, and energy. Everybody these days is jumping on the anti-aging bandwagon. It’s likely to be the claim of choice for the next 10-20 years as baby boomers get older and want to feel young again.

The problem is that not only does the main Zija website make its own claims, but their affiliates are free to make their own claims too, and they come up with things like fibromyalgia, a sleeping aid, and helping with allergies. Seems people can report it helping with anything under the sun, without producing much proof to back it up.

The Hype
All of these network marketing programs stir up their own hype by getting people to jump on board as affiliates and get excited about selling it. This can sometimes be infectious, and if you’re not careful you could find yourself getting swept up in it.

The Commitment
Using the products doesn’t require much commitment at all, but selling them would involve as much commitment as starting any business undertaking. You’d want to be strategic, learn about being an affiliate, set up an office space in your home, and dedicate a certain amount of hours per day or week to working at your business. You should expect to struggle for many months at the start as you learn what you’re doing, and not expect to get rich quick with Zija or any other opportunity out there. There’s just no getting around hard work and dedication.

Is Zija a Scam?
If Zija isn’t a scam, why do so many people think it is? The reason is that this isn’t the first drink of its kind to make the same sort of promises, and be set up as a multi-level marketing system of distribution. Products don’t exist in a bubble, they are introduced to a market that has seen and heard everything that has come before it, and it just happens sometimes that some products bear the burden of the sins of their predecessors.

To say something is a scam is to say that the company is trying to give a product of little or no value in exchange for money. No one claims McDonald’s is a scam because it’s commonly accepted that paying a few dollars for a hamburger is perfectly fine. Although McDonald’s produces that hamburger for a few pennies and makes billions of dollars every year. It’s not as if Zija is collected money and not providing a tangible product. Whether or not that product is of value is pretty subjective, just like a Big Mac. If you ask a vegetarian, they’d say it’s not a good transaction at all.

As far as being something to drink, use as a weight loss supplement, or apply to the skin, we can’t rightly give this our Thumbs Up rating. It’s just too hard to sift through the junk reviews out there and find anyone that is going to give their honest opinion without an ulterior motive. Those that are selling it are going to say it works, and those that buy it might think about starting to sell it.

The negative reviews are probably from those that tried to sell it, but didn’t have any luck. And there are probably those reviews out there that are from people that used these products and didn’t see any changes as promised.

Our Recommendation
We follow a simple rule. The more convoluted a system is the less likely it is that you should get involved with it. If a product is good, really good, it doesn’t need to be heavily pitched. You don’t see people going on and on about luxury cars, but they still sell tons of them every year because people know they’re top of the line. If you’ve been on the receiving end of a heavy sales pitch by a Zija affiliate, you have to wonder if they really have your best interests at heart. And why does Zija feel that their products need to be sold as an MLM opportunity? Why not just sell directly to the consumer and cut out the middle man?

As far as a business opportunity, any product out there is what you make it. If you can get behind it, and believe strongly in it, then you can make it work for yourself. We can’t be the judge of your potential, but we can put out two sense in as far as Zija being a business opportunity you’d want to get involved in. One thing to keep in mind when dealing with health products like these is that you are selling products that people are going to ingest and put on their skin. You could feel responsible for any negative reactions they have. Also, if people feel like they’ve been cheated out of their money, they’re probably not going to like you to much afterward.

You want to align yourself with a product that doesn’t have a lot of risk involved, and that won’t alienate you from the people you sell to.

What do you think? Does Zija work or not?

57 Customer Reviews on “Does Zija Really Work or Is It a Scam?”