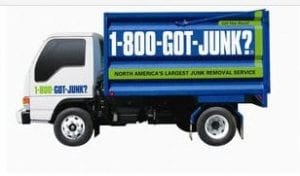 Face it, nobody likes doing the dirty work, and that might be why 1-800-Got-Junk got so popular. The premise is simple enough: a toll-free call gets the situation sorted for you, and you can get back to more important, and cleaner, tasks. But is all of your junk and trash woes just a phone call away from being solved, or does this service cost an arm and a leg for something you could do yourself? Or is a better alternative to hire someone ?

Knowing a little about the history of a Company always helps when it comes time to make a decision as to whether to use them or not.

1-800-Got-Junk has an interesting start to it. It all began with two Vancouver students who needed a way to pay for the upcoming College year. As one of them was going through a McDonald’s drive through the idea came to him after seeing a beat-up truck filled with junk. A week later, he started a Company called “The Rubbish Boys.” This goes back to 1989, and through time it progressed into 1-800-Got-Junk.

The mandate of the Company was set way back when it was decided that collecting junk had to have a more professional feel to it. Which meant:

This was the vision the owners had for the business, so did it come to pass?

Delivering On The Promise? 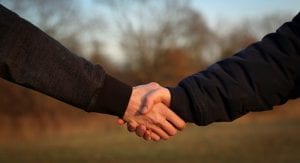 The mandate for the Company was a solid one and what you most likely would want and expect when it comes to removing the junk from your home or business. So is the company delivering on the mandate they set for themselves?

What Does The BBB Say?

A reliable resource for really checking out a Company can be the Better Business Bureau.

However, it is important to keep in mind that 1-800-Got-Junk is a franchise. So something negative about one of these companies may not be applicable to another one in a different area. Also, there are different BBB sites in different regions. This means the complaints can vary greatly according to the region.

Overall this doesn’t seem to be a big complaint, but it does rise occasionally.

This is the big one and the one where most of the complaints that exist are in this area. Some of the common pricing complaints are:

Overall out of fourteen reviews listed on one BBB site, the Company was given a one star rating. Keep in mind that the business has been accredited with that BBB since 2012.

What Happens To The Junk? 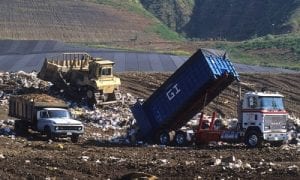 There are a lot of reasons why people would want to rely on a company like 1-800-Got-Junk. Such as:

Back in 2010 1-800-Got-Junk volunteered for an environmental audit for both the United States and Canada. During the time span of the audit, it was determined that more than 60% of the junk collected didn’t end up in landfill sites. The audit apparently revealed that 40% of the junk collected during that period went for recycling. 16% was used for energy conversion, and 4.5% was reused. As far as now in 2019, it is not known what the figures are.

If you aren’t too keen on trying 1-800-Got-Junk because of some of the bad reviews, then what are your alternatives?

First, it will depend on where you live as the company provides its services in Canada, United States, and Australia. The general options will be:

Take the items to the dump yourself

First, you will need a proper vehicle for hauling the junk. An average pickup truck is can handle about a half ton of junk. If you have a lot of junk of different sizes, it may mean making several trips.

Another alternative is to rent a dumpster

With both of these choices also keep in mind that you are doing all the work yourself of loading the truck or the dumpster.

There is always the option to hire a handyman to remove the junk for you. If you do then you may want to run a background check.

Although 1-800-Got-Junk is classed as being the biggest in the world, they do have some competition.

The work gets done for you. The pricing is based on truck volume. According to the company, the truckload can range from 1/8th of a truckload all the way up to a full truckload. They state that the price quoted is all inclusive. It will vary because of gas prices, disposal fees, and the area in which a customer lives.

The about us story for College H.U.N.K.S has some close similarities to 1-800-Got-Junk. Such as two college students starting out with a cargo van. It was started in 2005 and boomed in 2007. It too has franchises across the United States and Canada. They offer a combination of services of junk removing and moving services.

The Pros and Cons

For a Company that has been in business as long as 1800-Got-Junk even with the complaints that have been noted they have to be doing a lot of things right. 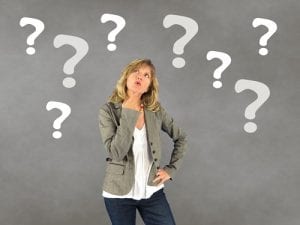 1-800-Got-Junk has some positive aspects to them, and they cover a huge number of locations. To be sure you are making the right choice, there are some tips for doing your research: